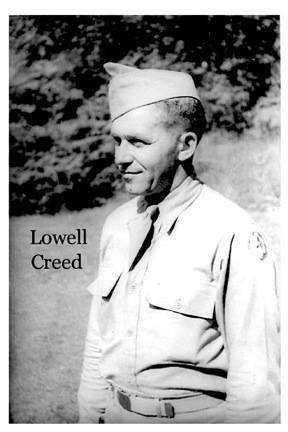 A small package arrived containing a CD, a note and several vintage postcards. The note read: “Bob, Found these today in a cigar box of Uncle Lowell’s. The dog one with writing on the back was handed to him by a Parisian woman as they marched through Paris after the city was liberated. Enjoy, Bud.”

Bud’s Uncle Lowell was a member of the Greatest Generation. His unit built run-ways for B-17’s in England. He also landed on Omaha Beach at seven o’clock on D-day morning.

The CD contained an oral history video interview that Bud conducted of his Uncle Lowell as part of the Veteran’s History Project at the American Folk Life Center of the Library of Congress. It was done September 16, 2015 a few days after Lowell turned 103. Visit the LOC site and look up his interview. He is not unique but he offers a glimpse of the unassuming true grit of the Greatest Generation.

Sergeant Lowell Earl Creed was 103 years old when he passed away in Alexandria, Virginia, in May 2016. He was an ordinary man of his generation. When asked what his secret to a long life was, Lowell said, “Work hard, don’t say anything bad about others, let bad experiences be, and drink an occasional Jack Daniels.”

He landed in the second wave on D-day, driving an LST (tank – or cargo – landing ship) after the pilot got hit. He was pinned down on the beach all day and into the night. When the allies were able to secure the beach and regroup, Creed’s next objective was advancing inland as his unit broke through see-saw hedgerow battles near St. Lŏ. When the Germans were defeated, they retreated toward Paris and the Allies followed.

The liberation of Paris was late in August 1944, and Creed was part of that effort. That’s where he was given this postcard with a note from a thankful Parisian. She dated it August 30, 1944. He likely tucked it into his pocket as a keepsake.

Message from a Parisian

I checked my collection to see what I had in keeping with this discussion. I found two French artist signed cards by Leclerc entitled “Liberation Welcome” and another (apparently from the same set) entitled “Auto Stop.”  Both of my cards serve as period reminders of the Paris liberation, but they pale in comparison to the tattered card with a personal message shown above that Sgt. Creed saved for the rest of his life.

It’s probably a miracle that Creed survived the rest of the war. After D-day and the Paris liberation, his unit was also involved, in the winter of 1944, at the Battle of the Bulge. Likely the most significant battle of the war, the Bulge was when a massive German offensive broke thru allied lines that resulted in a huge loss of allied territory. Fighting was fierce and went on for over a month. This is when the Americans, surrounded and outgunned in Bastogne were asked to surrender and the American division commander McAuliffe replied to the Germans -“NUTS.” 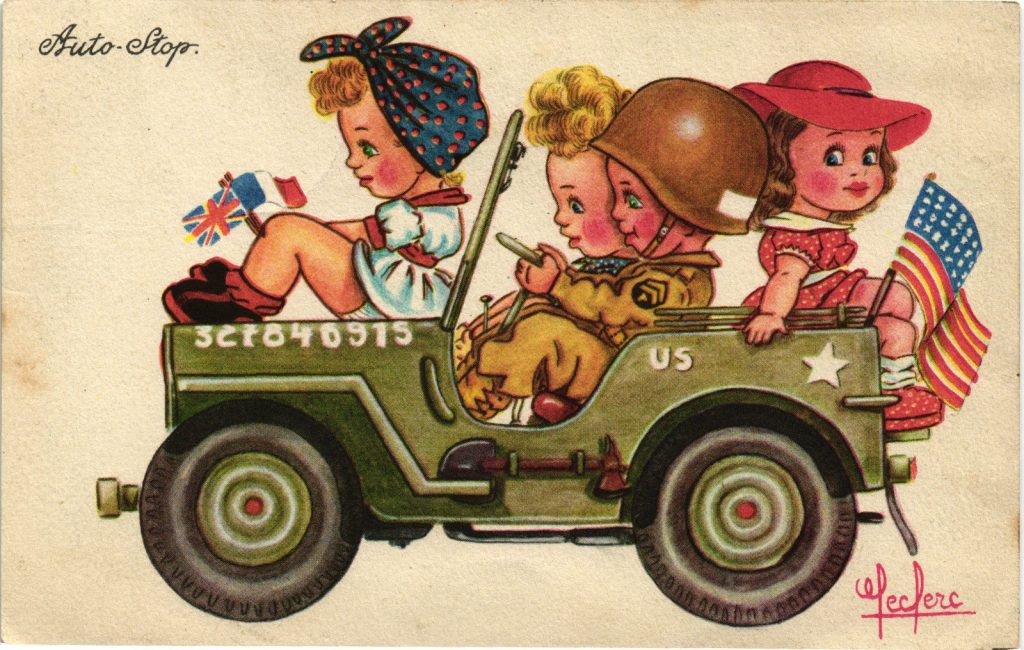 In April 1945, Creed’s unit participated in the liberation and occupation of Buchenwald, a concentration camp near Weimar, Germany. It has been recounted that thousands of prisoners were victims of the poor care their captors provided.  There are also accounts which claim the prisoners were fed only un-hulled barley soup three times a day.  On May 8th the German’s surrendered. The European conflict was over.

Sgt. Creed’s unit went to Frankfurt and was inactive for some weeks, but in mid-July they returned to France expecting to ship out for the Panama Canal. Rumors of war were plentiful; there was talk of going to the Pacific to invade Japan.

By the time of their arrival in Panama the atomic bombs had been dropped and the war ended. The troops were told of Japan’s surrender and the ship sailed to New York. Creed proceeded by troop train to St. Louis with a final stop at Jefferson Barracks to be discharged.

Thanks to Sgt. Creed and other members of the Greatest Generation we can look back at the events of World War II and appreciate their achievements. In reality all history is about individuals and what they experienced. 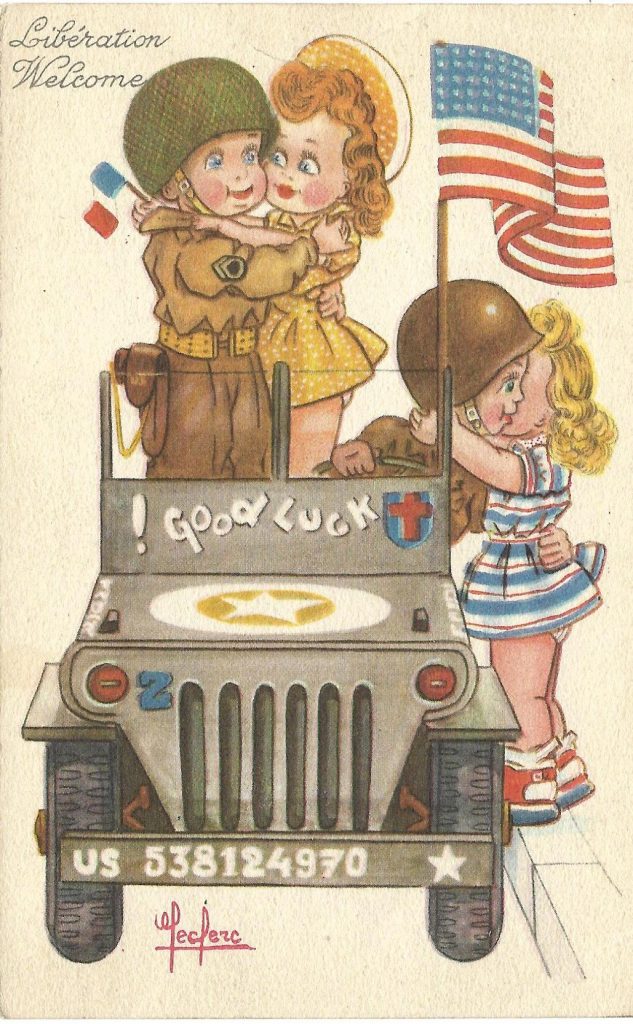 Bob Toal is an avid collector of postcard postal history targeting the birth and development of US postcards from their early beginnings to present. This includes early pioneer and private mailing cards as well as view folders, bi and tri-fold postcards, jumbo postcards and anything unusual in the postcard realm.
PrevPreviousRed Cross Postcards
NextAll the Single LadiesNext
5 Comments
Oldest
Newest Most Voted
Inline Feedbacks
View all comments
Bud

I like the LeClerk cards as they are contemporaneous with this time period and were sold to American GI’s (like Lowell Creed) in 1944-45. I found several more different styles on ebay at reasonable prices. Check them out!

I enjoyed reading the article on Lowell Creed very much! What a wonderful memorable life he had.

A great reminder that a postcard doesn’t have to be in mint condition to be treasured. I have a Chevrolet dealer card promoting a 1962 model that I used as a toy when I was a kid, and every crease shows evidence of a time I played with it.