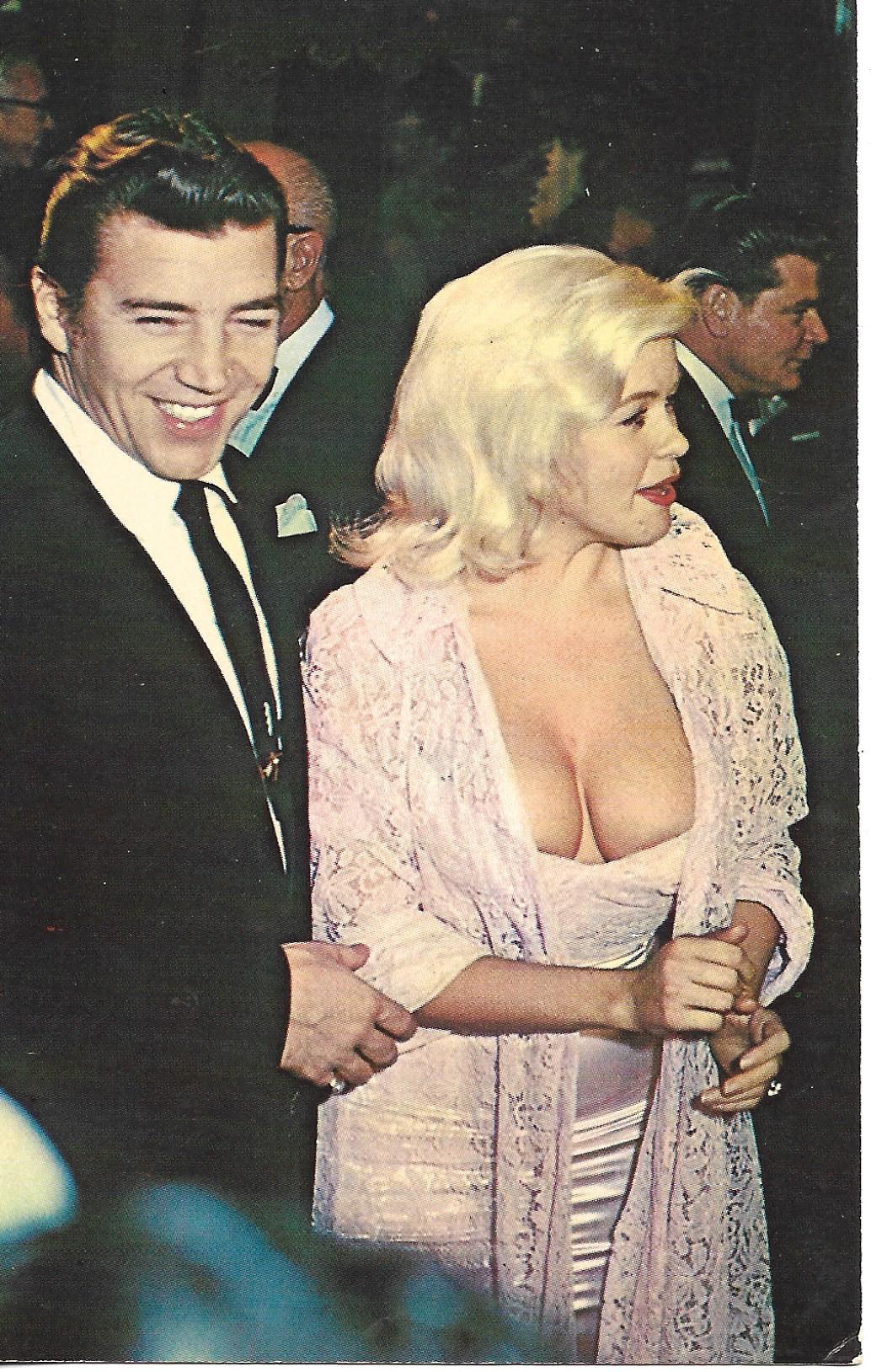 The card in Figure 1 shows actress Jayne Mansfield and husband Mickey Hargitay arriving at a glamorous Hollywood premier. Mansfield, a Hollywood sex symbol in the 1950s and 1960s was known for her high profile personal life as well as publicity stunt wardrobe malfunctions which often out rivaled the roles she played.

She had  three husbands and five children the most famous being acclaimed TV star Mariska Hargitay. Mansfield died tragically in a car accident in 1967 suffering severe head injuries. She was 34 years old.

I remember the day I heard about Jayne Mansfield’s death. It was late June 1967. I had just graduated from high school earlier that month (in Baltimore Md). and was on vacation with the family visiting my grandparents (mother’s side) in Burnsville Mississippi. (population of about 50).

Mansfield’s sudden death was in the newspapers and became a topic of conversation amongst the “adults” in the room. They said she was decapitated in a car accident. The car she was in rammed the back of a truck and the car roof got sliced off as it went under the truck instantly killing the three people in the front seat. Miraculously Mansfield’s three kids asleep in the back seat survived. Her two other children were not with her at the time.

I was aware of a similar scenario (as I recall) that involved Baltimore Colts (football team) sports caster Bailey Goss in 1962. His car did the same thing – got wedged under the back of a truck taking his life instantly. After that accident I often thought about the risks posed by the high decking of trucks relative to a lower profile car ramming it from behind. My dad (an avid Colt’s and Goss fan) talked about the need for a safely bar on the back of trucks to prevent that kind of thing from happening again. The issue resurfaced, this time nationally, with the Mansfield incident due to the high profile of the victim.

Figure 2. Front and back of a 1960’s card lobbying for an underride truck safety bar.

Fast forward several decades later when I acquired the postcard shown in Figure 2. I first considered it a misguided sick parody on Jayne Mansfield. The card (unposted) seems to be late 1960s vintage based on the swimsuit. I began to wonder if there was a hidden meaning behind the image of a headless blonde in a bikini holding her head in her hand with the caption – “Lost my head- don’t lose yours”.

Could this card have been a postcard lobbying for a safety bar on the back of trucks using the Mansfield epic as example? I bet it was intended to do just that  create public awareness of the risks posed to motorists by the open back end of tractor trailer trucks that are rear ended by cars.

Finding one of these cards postally used in time period (1967-1970) would cinch it as a lobbying card in my opinion. Imagine finding one used in period with a message related to the Mansfield accident. That would be a true historical find! 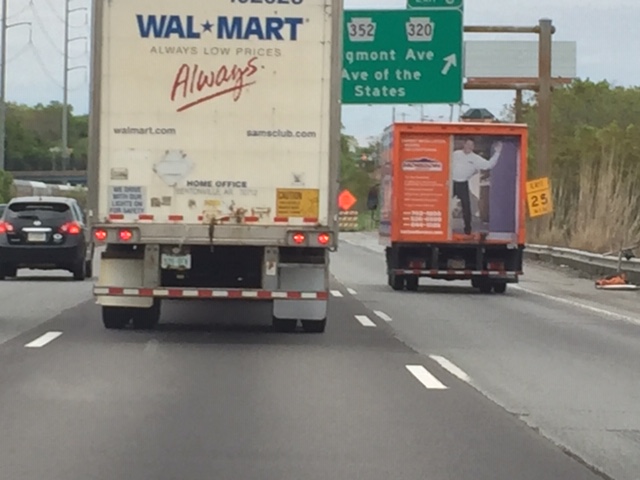 The striped bar shown on the trucks above is the NTSB mandated safefty feature aslo known as “The Mansfield Bar”.

It turns out, that big pressure was being put on the trucking industry by the National Highway Traffic Safety Administration to implement under ride prevention guards on the back of trucks as a result of the Mansfield accident. The trucking industry initially fought this but slowly relented and began to implement safety measures in the form of a rear guard bar on trucks. They are known by some as the “Mansfield Bar”. These became mandated in 1998. Recent legislation calls for rear side bars to be added also further providing protection in rear end/side collisions.

Further digging into the Mansfield story reveals that she was not decapitated but did sustain fatal head injuries. She and her entourage left Biloxi Mississippi after midnight destined for New Orleans. She had just finished appearances at a supper club and had to be in New Orleans the next day. Mansfield, her lawyer boyfriend and her driver were in the front seat and three of her kids were in the back seat of a Buick Electra. At 2:25AM on US highway 90, the fast moving car came upon a slow moving tractor trailer that was slowed behind a truck spraying mosquito fogger. The mosquito fog may have obscured visibility. The car rammed the back end of the truck and went under it (under ride) shearing off the roof. All three adults in the front seat were killed instantly. The three kids, asleep in the back seat, survived.

Apparently police photos showed the crashed car with its roof sheared off. Tangled in the smashed windshield was a blond wig that she was wearing along with some of her real hair and perhaps scalp tissue. On the surface, it looked like a decapitation. The death certificate stated the cause of death was from a crushed skull. The car remnants were purchased and reside in a museum in Los Angeles. Jayne Mansfield is buried in Fairview Cemetery in Pen Argyl, Pennsylvania.

For you continental card collectors out there I include in Figure 3 a glossy continental sized card of Jayne Mansfield in a rather modest bathing suit posing on the beach. Probably this card was made early in her career as it seems some what tame given her later reputation. Other standard size Mansfield cards to collect might be a Hollywood homes house of Rudi Vallee which Mansfield later owned and made into her Pink Palace. 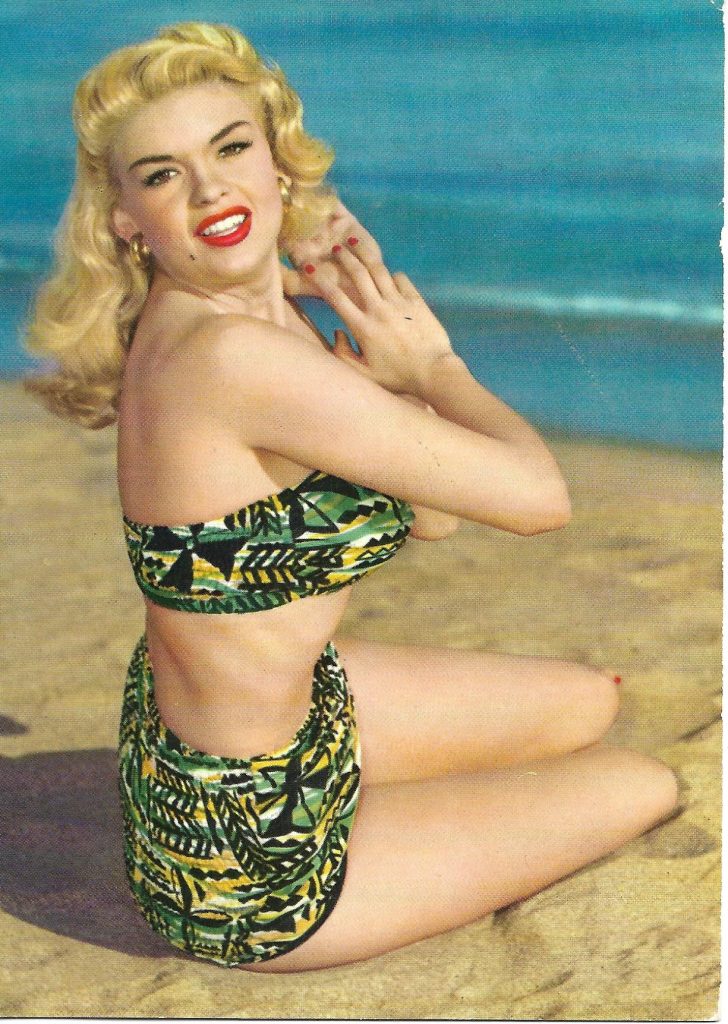 Figure 3. Jayne Mansfield in her early days on the beach.

Also Jungleland USA in Thousand Oaks California was the site of a 1966 incident where a lion named Sammy attacked her son causing head and neck trauma requiring three surgeries to repair. The theme park was sued and negative publicity caused the park to close. These are just some ideas that might be included in a Jane Mansfield postcard theme.

In closing, can anyone report one of these “Lost my head — don’t lose yours” cards postally used in period? I’ve seen this card in eBay from time to time but never used. Let me know if you find one used.

Bob Toal is an avid collector of postcard postal history targeting the birth and development of US postcards from their early beginnings to present. This includes early pioneer and private mailing cards as well as view folders, bi and tri-fold postcards, jumbo postcards and anything unusual in the postcard realm.
PrevPrevious ArticleFirst article May 30, 2019!
Next ArticleShot TowersNext
12 Comments
Oldest
Newest Most Voted
Inline Feedbacks
View all comments
David Dickinson

Can you add the backs of the post cards in the future? There can be quite the story there, too! Thanks for making this website.

Yes, we should do this. There’s a problem only insofar as space can be scarce. In this case, we should have shown it.

Here’s the link to the back of “Lost my head” https://postcardhistory.net/wp-content/uploads/2019/06/Mansfield-Bar-card-b.jpg

Thank you. That does add more information about the age of the card. Published before zip code, which was January, 1963.

This is one of the reasons I love collecting postcards so much! Pulling the thread reveals all kinds of interesting stuff I never knew about. Thanks for sharing this great story! PS – I’d always heard she was decapitated too.

You’re welcome! No subscription necessary! Postcard History is free and open 24/7. We post a new article on Mondays and Thursdays. Check our show calendar for information on forthcoming postcard shows. And our “Useful Links” pages have a huge collection of links to public collections of postcards as well as personal websites.

Mickey Hargitay ordered a large, heart -shaped tombstone to be placed over her grave at the Fairview Cemetery in Pan Argyl, Pennsylvania. It still is a tourist attraction today.

As a friend who saw this site told me “You picked a head snapping way to launch!”

Card was made before the accident. The postal code, on the back, dares it to 1964 or earlier. Zip Codes replaced the Postal Codes in 1964. Eerie coincidence, but had nothing to do with lobbying for safety bars.

Thanks for your keen insight. Zip codes were not mandatory until 1967 – so still an outside chance this card is Mansfield related but slimmer due to the postal code use rather than zip code. Junk addressed first day covers/other mail are a good resource to see when the public started implementing zip codes vs postal codes. This has perked my interest. Thanks again for your detective work.

I had heard of the circumstances surrounding Jayne’s death, but never knew about the “Mansfield bar”. Since I was born in 1959, I’m young enough not to remember when trucks adopted the life-saving measure.